Push-Ups used to be tough for me, but for a couple of reasons (that I will try to elaborate below) that’s no longer the case. On the contrary, the very thing Mark Rashid’s slogan deals with – a minimum amount of physical fitness – is something I now hold dearly, and I would not want to miss the exercise.

But let us switch back a few years. At that time I had already spent some decades in an office chair. The only physical exercises I would regularly undertake would be clicking the computer mouse and lifting the pint glass after work. On weekends I would then ride horses or, to be more precise, climb on their backs and let them run while trying not to fall off.

So far so good. Well, things were far from ideal as I was about to find out. The mouse clicking had left its marks on my right shoulder, such that I had to undergo surgery. Although the procedure went fine and the excruciating pain I had felt immediately before the operation was instantly gone, some residual pain would not go away. It remained irritatingly unchanged for many months with no sign of diminishing.

Then I enrolled for three days of training in England, where Mark Rashid ran an Aikido workshop with a group of students. He would specifically point out and teach the horsemanship related aspects of this martial art of Japanese origin. I had no idea what to expect. I was in for a big surprise.

To make a long story short: After those three days the pain was gone, and it has been gone ever since. While the first two or three painless weeks after the training I will attribute to its direct physical impact, the reason that I continue to be pain free, for many years now, lies with the changes I have introduced in my daily routines, as advised and instilled by Mark. 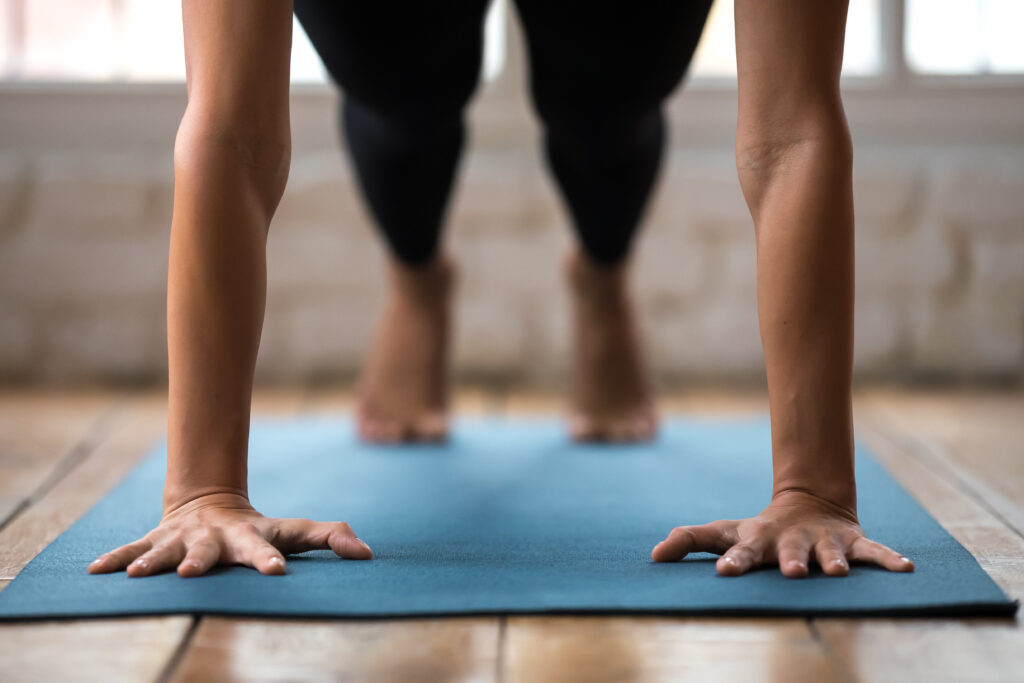 In the clinic, before we would actually train in Aikido, there was a warm-up phase of about half an hour. While it included some more outlandish techniques (to me at that time), the majority of it comprised of selected exercises from good old circuit training, amongst these push-ups. Most of the participants, including me, did not seem to be in the best possible shape for these, so Mark chose to kind of trick us with his humor into performing them: “And now… Push-ups. Awesome!!”, he would proclaim and get going with a big smile. The dynamics of the group then added to the relative ease of following through with them.

On day two he went into more detail, when he introduced a way of counting as you go with the exercises in a more encouraging way than to just count from one up to, say, ten or fifteen, if you can manage that many. Instead, you would count 1 – 1,2 – 1,2,3 – 1,2,3,4 – and then count down again to 1,2,3 – 1,2 and 1. This way you would all in all perform sixteen, while still only counting to four. Then he added, that if you cannot manage those four push-ups for yourself, you should do them for your horse, “Awesome!”

While the statement obviously eases some of the bad conscience arising from seeing ourselves as being lazy, when we think about it further, there is much more to it.

As it turns out, the horse tends to mirror our physical aptitude. On the downside she will be more than happy to mirror our ailments, too. For instance, I have seen Amanda Barton curing the stiffness in the right shoulder of a horse by asking the rider how her right shoulder felt. She had to admit that it felt stiff. As soon as the rider then softened up her own shoulder, so did the horse. Mark would demonstrate this principle on another occasion by asking a rider to stiffen any body part and then observe her horse’s responses. Whichever body part she chose, the horse immediately showed signs of stiffness in the corresponding part.

For me, the best way of getting rid of stiffness and staying soft comprises of seven minutes daily of moderate physical exercise. Now, two words I need to emphasize here: daily and moderate.

As it happens sometimes, especially on vacation, I would not find those seven minutes. No later than on day 3, I would feel stiffness creep in and no later than after a week, pain would develop, usually backpain first, shoulders next. Back home again, if I then try to recover by resuming my daily seven minutes routine, the pain would linger on. Only by increasing the time spent exercising to say half an hour, can I make up for the debt incurred over those lazy days. It then usually still takes a month, until I am completely fine again.
This also goes to show that seven minutes will only suffice to keep your fitness standard but won’t improve it.

Then there is the ‘moderate’: Exercise classes tend to excessively focus on muscle building, mainly geared towards becoming more beautiful. As your horse won’t care, this isn’t the focus for us here, either. It also does not make sense to muscle up in order to try to outperform the horse. No human can compete with a horse when it comes to strength. Furthermore, if you disproportionately focus on certain body parts, chances are that you will become unbalanced, another undesirable characteristic your horse will gladly mirror, if you ask her to.

No, moderate in the sense of “exercising in a steady and zestful, but not frantic, style” is the way to go here.

Take the push-ups themselves as an example. It will probably not make sense to perform twenty-five of them right away because there is the not-so-remote possibility that you will overstrain your muscles instead of smoothing them in their movements. Also, you might want to perform the exercise leaning against a wall instead of using the floor, thereby avoiding excess pressure in your wrists. [Amanda’s note: loads of people opt to do push ups like this during the workshop, especially if your back is sometimes painful, don’t worry if you know this will be your preferred option!]. As soon as there is the slightest inkling of pain, I would immediately tone down the intensity of whatever exercise.

So, if you want to do a few exercises to help your horse:
Start today, or tomorrow morning after getting out of bed at the latest, otherwise you won’t do it at all. Start with three minutes, that is more than enough. Then, in one minute a day increments go up to thirty minutes to finish off your ailments. From there, slowly reduce down again to seven minutes. This will keep your fitness – and softness level.
Perform all the exercises slowly rather than fast. This makes them so much more effective in touching the last single fiber of yours, whereas if you rush, you jump right across many small hooks and restrictions, thereby leaving them in place to disturb your horse.

In putting together your portfolio of exercises make sure that you strike a balance such that all parts of your body get worked on. I can highly recommend looking for a local Aikido club and asking them whether you can participate in one or two sessions as a spectator. They would usually welcome guests and you cannot only enjoy the awesome fluidity of movements the practitioners will display, but more importantly if you put your attention on the warm-up you will be presented with a perfectly balanced set of exercises ready to use. [Amanda’s note – any regular exercise class such as our Movement Analysis classes at Tilefield with Claire Pier, Pilates or yoga can be extraordinarily helpful to your riding so don’t be put off if you don’t fancy trying a martial art, there are plenty of other options.]

If you don’t feel physically up to riding then don’t feel you have to do it. Remember that the horse can feel your physical issues so don’t burden the horse when you can avoid it Whenever possible, take care of your physical wellbeing first and then ride your horse.

Finally, remember that if you do it for your horse, in a sense you do it for yourself anyway, because if you rid your horse of stiffness and restrictions that impede her ability to move well then you enjoy your riding far more.
P.S.: Mark Rashid will be back for more Push-Ups during his Aibado training, organized by Amanda in the New Forest October 10th-12th, 2019. Join the fun there! Awesome!

The Aikido Workshop is running in Brockenhurst, New Forest, you can find more information about it on the clinics page of this site.  Please rest assured that push ups are only a small part of the initial warm up!  The workshop is a 3 day exploration into all aspects of feel and how you can learn more about this crucial but subtle part of successful work with horses.