I asked my teacher, ‘How long before I can become very good with the chi, the energy?’ my teacher replied, ‘Three years.’ I was surprised. ‘Three years?!
Well, what if i try really, really hard?’ he answered, ‘Then it will take you ten years.'

“She has to trot”, my trainer yelled, “It is all pointless if she does not trot. Trot, only then canter! So get yourself together and trot!”

Two and a half hours into the lesson and trotting became ever more unlikely, as my mare and I approached the brink of total exhaustion. We were trying “really, really hard”: each time we tried, we hardened even more. Instead of softening into a smooth, effortless transition from walk to trot, we were wasting all our energy in “getting ourselves together”, bracing every muscle that we got and leaning forward to escape into a braced gallop, disunited canter or pace.

And worst of all, we kept trying in the same manner again and again and again. Earlier in the session she had fallen into trot twice and that promise kept us trying. But that light at the end of the tunnel was fading slowly but surely as sweat filled our eyes.
Another twenty minutes later I gave up. While the teacher asked me what was going on, I got off the horse, then thanked him for the lesson, apologized to him that I was not strong enough (yet!) to make it and left the scene feeling miserable and both mentally and physically worn out. Fortunately, my horse took the ordeal quite well and – no hard feelings, as horses usually are – continued training with me a few days later, as if nothing had happened.

But something had happened; for at the very least it was the last lesson I took with that particular trainer. What is more, I did not re-try his transition exercises, either. Plus, I did not forget all the pointless effort that we had spent that day which was the real lesson learned.

A couple of years later I succeeded in changing from walk to trot to canter and flying pace effortlessly. It had taken about three years, not ten. The method I applied now basically boiled down to breathing out while at the same time thinking of trot and voila, there we were – trotting.

Still, the concrete method is not the point to make here. It is the decision to stop trying so hard and start looking for another way that makes all the difference. Many times I had been trying really, really hard and in all that trying I had become so focused on trying that my field of view had narrowed such that I did not recognize that I had become way too hard in my trying! So the very trying had gotten in the way of succeeding.

While Jerry Alan Johnson in this quote talks about martial arts and, to be more precise, about how to properly tap into and make use of energy, I have learned that his statement applies to most other situations in which we get stuck in trying as well.
Still, his referring to martial arts makes another point: Tapping into and directing energy is a very subtle activity. As soon as you start acting on it with brute force it will disperse so that you waste it before you can put it to use. This goes to show that in fact the subtler we need to act in order to cause a certain effect the less hard – the softer – we must try. Or, as David Carradine puts it: “The energy will not flow if the mind is overactive and the muscles are tight. The energy flows when the mind is at ease and the body is relaxed. The more you relax, the more you will feel. The more you feel, the more you can control and cultivate the energy.” 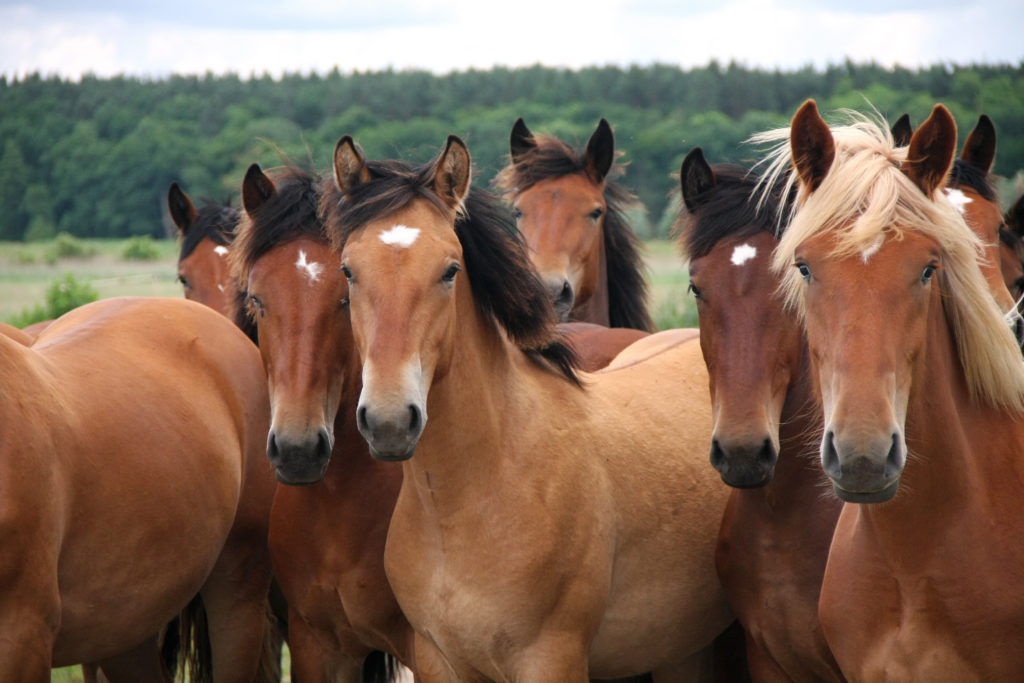 During any exercise keep observing yourself whether you have braced. Is there some body part of yours that feels harder than it should? Is there a spot on the horse’s back that feels like that? What is the softness level you feel through the reins? If you feel any of that, start breathing again and breath into the respective body part.

Has your mind been caught by a thought that blocks out all other ideas and perceptions in its stubborn attempt to achieve this thing now? “Tomorrow’s another day” and there will definitely pop up another idea as well. But for this most effective idea to pop up you will have to let go of the current one. It proved ineffective anyways, so just let it go.

Do not believe everything you think. There is usually always another thought that will outshine this one by far. And if that very thought turns out to be so amazingly great, it will for sure pop up again.

Evaluate how soft you may approach a certain activity while still being effective. You will be surprised by how far down you can go on the rigidity scale and by how minute the effort necessary to get things rolling turns out to be.